The flagship conference of the Agile community has come and gone. I had a great time and I’d like to post a short account of my trip with some pictures. I will later follow up with a post specifically on my Visual Management session.

We arrived with Joke a couple of days early in order to visit the city before the conference. Chicago is an amazing city with an incredible skyline full of modern buildings. I especially love that red one! 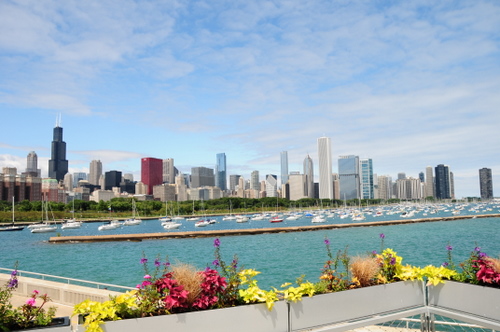 We got a room on the 30th floor with a great view. I particularly liked it by night. 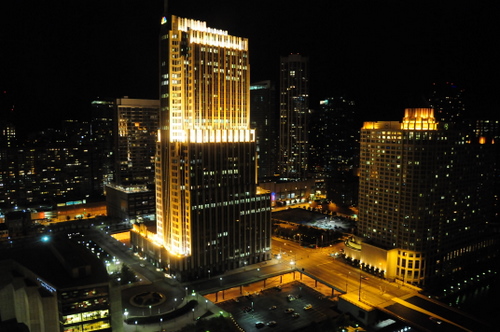 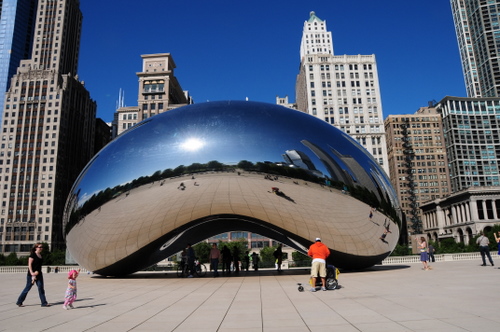 Then we rented bicycles… 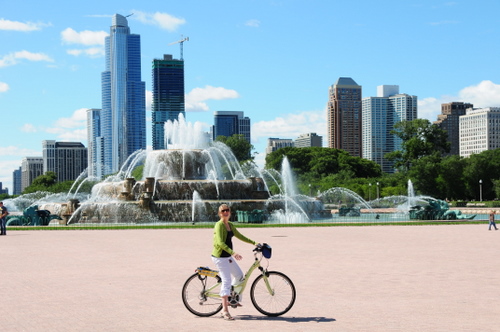 and biked around the park area. This fountain is one of the most beautiful I have ever seen! 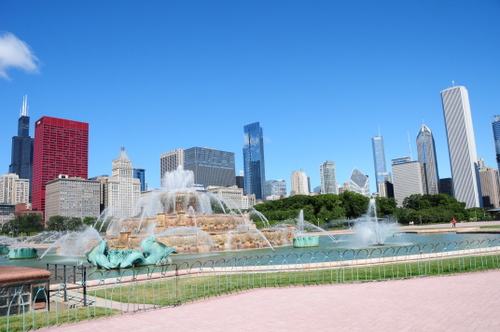 Apparently Segways are not as unpopular as one would think; especially with tourists. 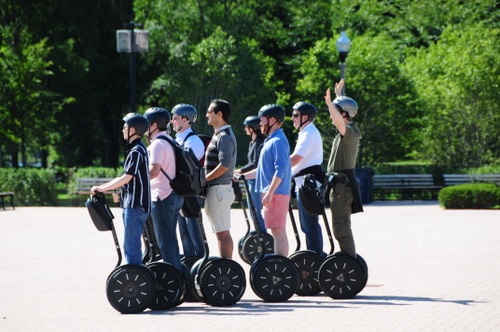 Segway invasion! They even have pink ones. 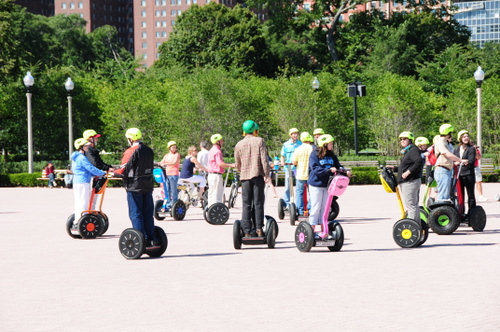 We then went to the aquarium. Joke wanted to see and hear a Beluga whale while she’s pregnant. She got what she wanted. This guy kept coming out of the water and I caught him smiling at us: 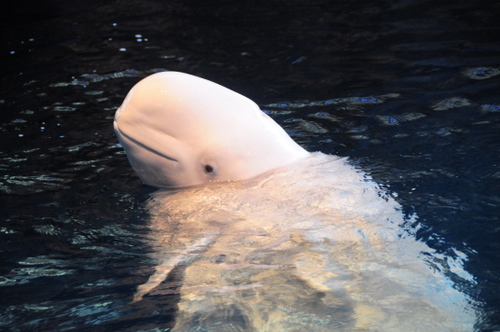 The Shedd Aquarium is really nice. I would recommend it even to people without kids. 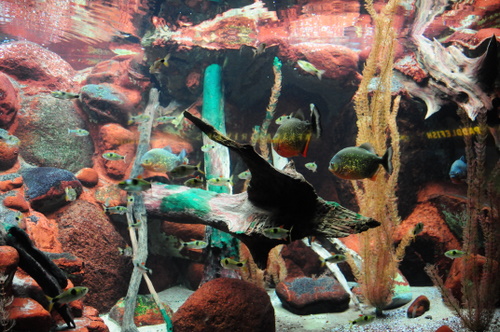 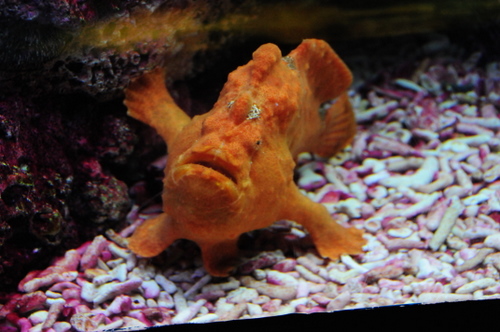 Or a smart one? The legend says this guy knows TDD and refactoring… 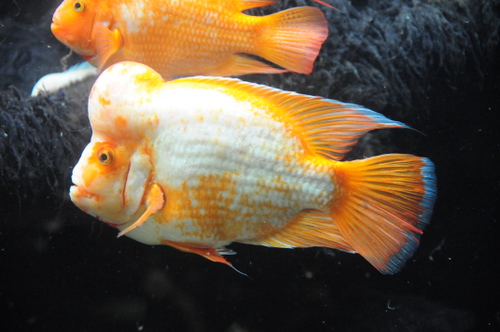 They have the oldest fish in captivity in the world. This guy was brought into the aquarium in 1933! It’s a lungfish, an ancient beast that actually has lungs asides from gills. 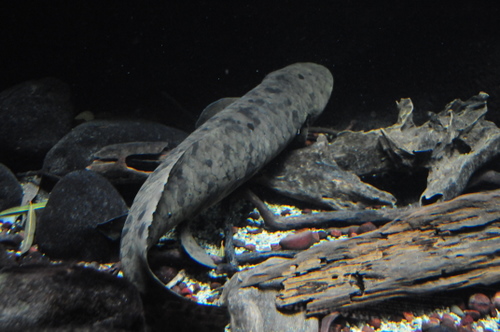 But of course the cutest of them all are the little Nemos swimming in the coral reef: 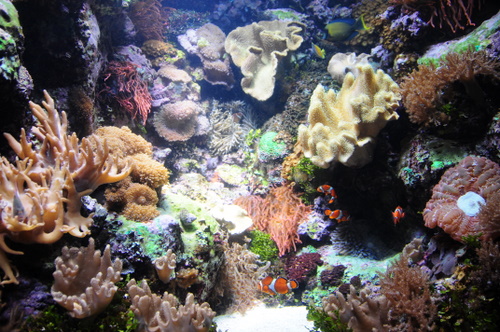 The next day we went to visit the work of reknown american architect Frank Lloyd Wright in Oak Park. 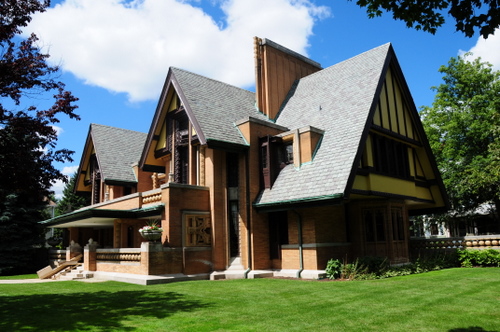 And we did a tour in his old house and study. They didn’t allow pictures of the inside though 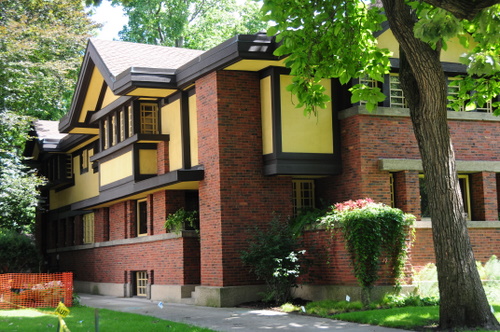 Ok, enough about fish and architecture. On to the conference.

This was my second Agile 200x and my first time presenting. Considering the crisis this year, I think both the organizers and us (as in “the community”) did a pretty good job of keeping our flagship conference healthy. More than 1350 people passed by the registration desk in an orderly manner… 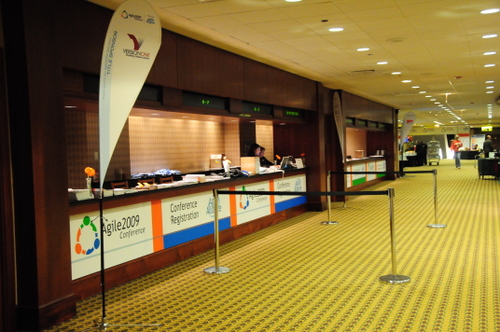 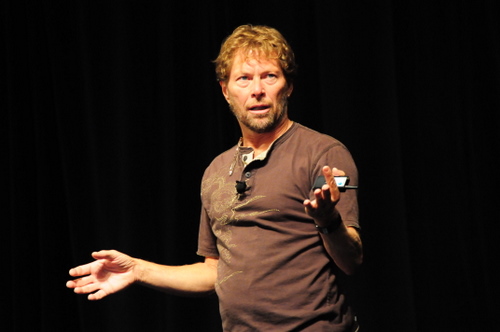 A couple of visual management good ideas. Every day the conference program was presented in these big panels (that I later used for my session 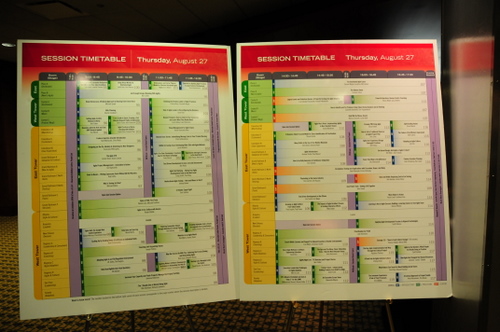 And individual rooms had a sign outside announcing the day’s sessions: 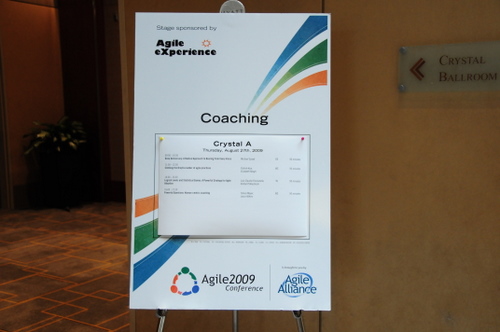 The printed program was also much better organized than last year (it was actually usable!) and the badges were the same as last year, very readable and of the non-reversible type. They also had RFID as a novelty. 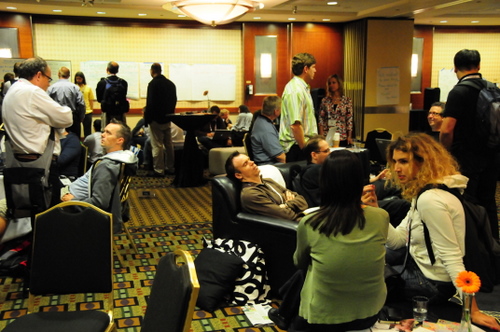 Open jam was the place to hang out if you were into networking or just wanted to sleep. And even though it never works well in ths type of conference, there were still a couple of good open space sessions. 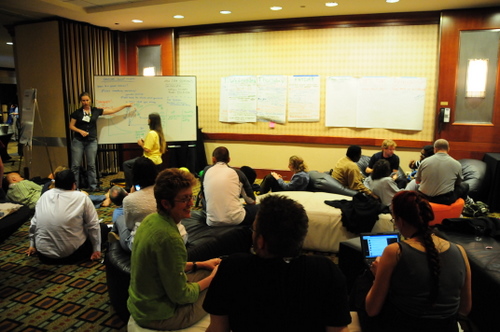 Well, the food was where the organization decided to cut corners in order to meet the budget, something I don’t approve of. And Programming with the Stars suffered from a lack of public, because of where the actual competition took place (extremely far from where the food was, compared to last year). Still, the sign was great! 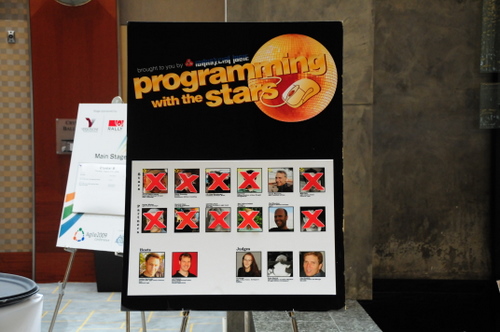 07/Sep/2009 Update: This section is new, the original post has been edited. I had expressed some pre-judgements regarding the award that I wish to retract. I have re-written this part of the post based on feedback and information I received and researched. Let’s keep the award and the community healthy.

This year the first Gordon Pask Award was given to somewhat less prominent figures of the agile community (compared to previous years). As JB Rainsberger, member of the award commitee explains: “We awarded the Pask to Simon and Gus […] as an attempt to live up better to the stated purpose of the award: to shine a light on those great practitioners in the field who have something special to share and need exposure to do exactly that.”

Congratulations to the “no compromise, no excuses” zealots Simon Baker and Gus Power from the UK! They sound like people with high quality standards, something I appreciate. You can read their reaction over winning the award in their blog.

The second award went to renown and groovy David Hussman, who BTW is coming to the Ágiles 2009 conference together with previous award winner Naresh Jain this fall. Congrats to David who certainly deserves it!

Let’s start betting on who gets it next year…

The big surprise of the conference for me was that Cesar Idrovo, with a spectacular political campaign, managed to get elected to the Agile Alliance board! Kudos to him and I hope he gets to do lots of good work there.  I will certainly be supporting and helping him (Cesar is also Latin American / European like me). Also congratulations to Henrik Kniberg for getting elected.

All in all it was another great conference. Almost as good as Toronto last year. I met and re-met lots of friends and community leaders from around the world. There were some great sessions, and I think everybody was generally satisfied with the event.

See you in Nashville next year!