This is my recount of my session at Agile 2009 Chicago. It was titled “Visual Management for Agile Teams” and was part of the Manifesting Agility stage.

I changed the format and structure of the session a little bit. First I gave a short presentation to introduce the topic. I was nervous and it showed… I’ll do better next time. We quickly moved on to starting the workshop itself. Each team was given a bag of office supplies and a blank taskboard. They set themselves up around a table. 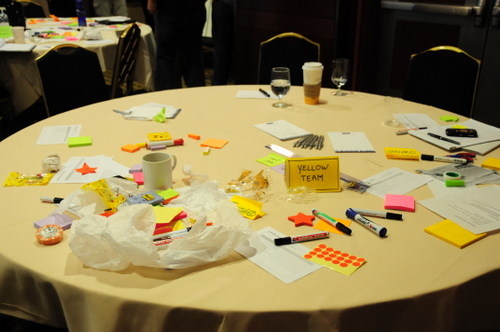 The format of the workshop is simple: teams have to build taskboards, following some guidelines such as “the boards must show who is working on what”. The first round gave teams 20 minutes to figure out what they were going to do and how to implement it. Here is the red team getting busy: 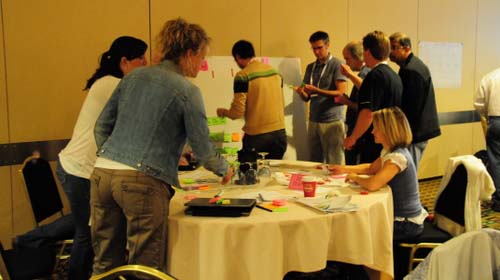 The blue team had a good idea: they did a rapid prototype on a paper on the wall, and only after that started building their taskboard. 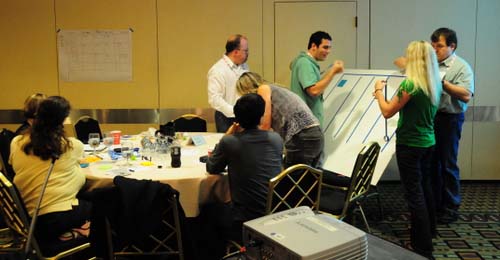 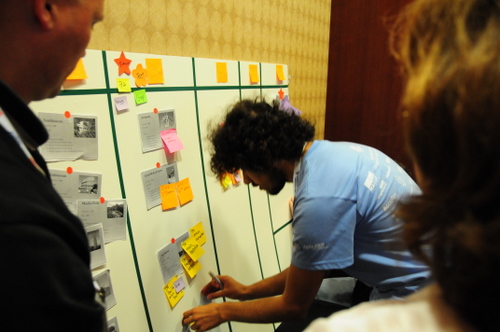 After a first round of taskboard building, people spread out to review other team’s boards. 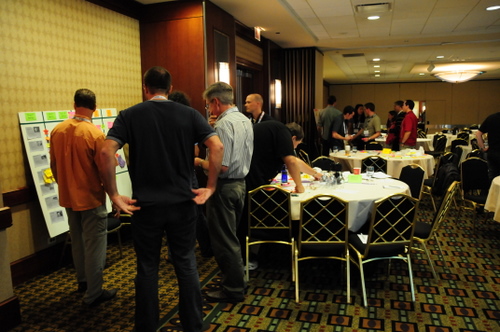 Some stayed behind to present and defend their boards… 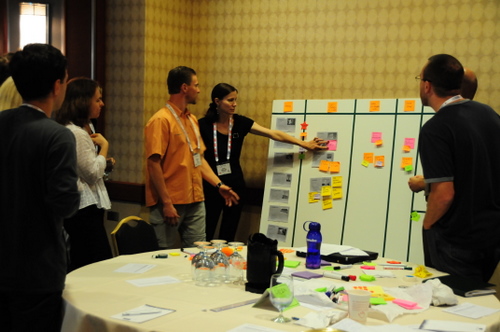 Finally, we did another round of taskboard improvement with new requirements, and another review session. To close, I presented my own version of the taskboard that I had built the night before in the hotel room. 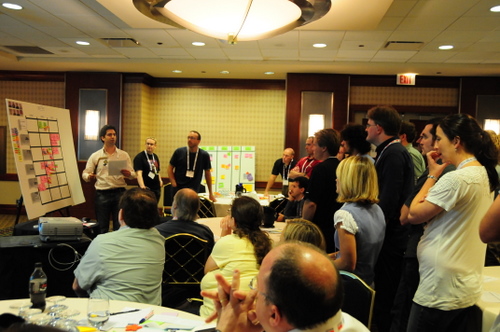 These are the final taskboards of all four participating teams, with comments.  Click through to see a larger version of each taskboard. My comments are meant to show how each team approached a certain problem, the idea is to point out to the reader the different ideas that emerged. 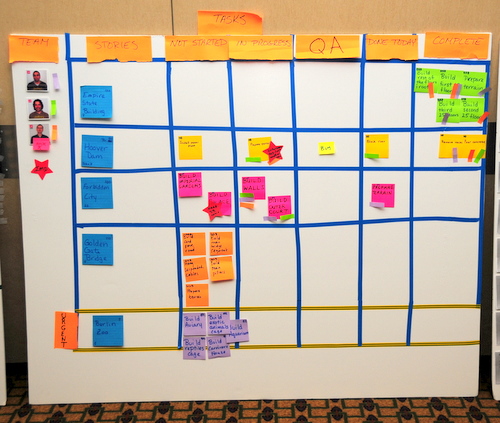 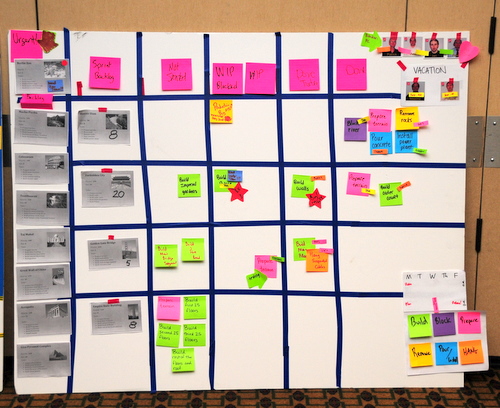 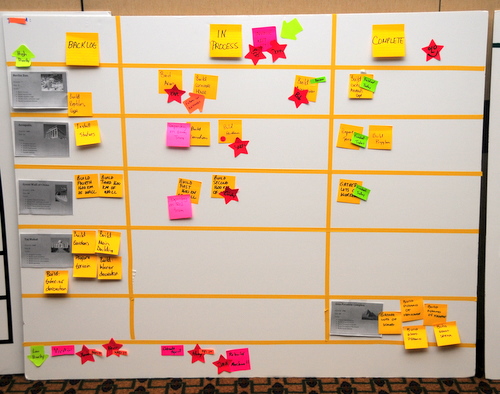 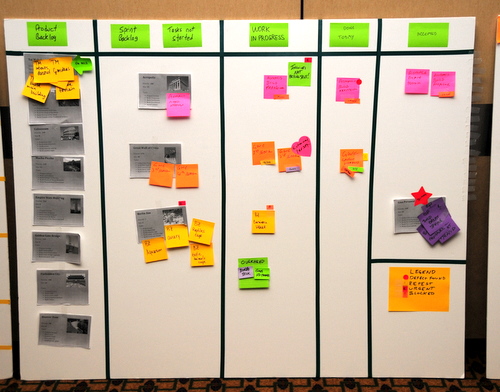 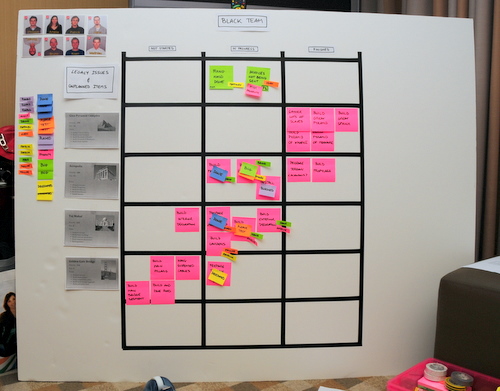 For completeness, here is my board. The only new thing if you follow my blog is that I decided to use pink post-its instead of yellow post-its for normal tasks, simply for effect. But I didn’t find any value in it and actually the pink color is too noisy. So I will definitively stick to yellow (there are economic reasons for using yellow for tasks too – yellow super stickies are cheaper)

I want to thank all participants for coming to my session. I think the session was a success, and each team left me with new ideas and lessons learned.

I also wish to thank the following friends who helped me out: Mark Levison for all the advice before and during the conference, Karl Scotland for helping me during the session and for motivating me, Dan Mezick, stage producer, who came to visit during the session and seemed to really care about the quality of his stage; Tobias Mayer for always supporting me; and above all my sweetheart Joke Vandemaele without whom I would not be able to do any of this.

Thanks to you all!

PS: If you missed this session and would like to attend, I will be doing a short version of it at the Agile Eastern European Conference in Kiev next week. Registration for the conference is still open!

It will also be presented at Agiles 2009 in Florianópolis and at XP Days Benelux 2009. See you there!